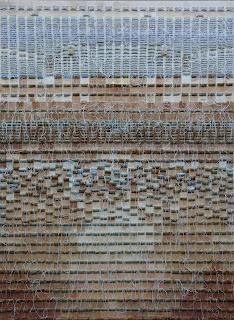 When I encountered the work of Armén Rotch for the first time in 1989, I felt that I was already familiar with the taste of his arid universe, composed of fractures and faults, rocks and decomposed sediment, immanent glows and deep colors. It was a taste of stone and rock, an odor of burned earth, which incrusts itself in thoughts that could radically change meaning. In this telluric space of silence heard, introspective traces of a singular proximity were able to visually lead me to the very limits of its memory. This memory was fleeting, a palimpsest of stealthy reminiscences, a deep landscape of an elsewhere so close that it steals away from itself… Armén Rotch is above all a solitary being. He has constructed himself on the sidelines of the dominant ideologies of his period, in the unchanging silence of his successive studios. He started in Armenia, where his first canvases were exhibited in 1978 (then under the name of Armén Hadjian) with the « Carré noir » group, then in the 1980s with the avant-gardists of the « 3ème étage », of which he was one of the founders, taking part in the « First Gathering of USSR Avant-gardists » in Narva, Estonia, in 1988, the exhibition « The Avant-garde of Armenia in Paris » in 1989 and « 3ème étage in Copenhagen » in 1990. He then moved to France in the early 1990s, where he would be represented by the Basmadjian gallery in Paris. The works presented here on the occasion of the exhibition devoted to him at the Espace Art et Liberté de Charenton have their roots in a series begun in the 1990s. In them, Rotch explores the pictorial processes specific to the representation of the temporal dimension on the image. Primal gestures indefinitely repeated. Vibrations emerging from solid areas of color and brushstrokes that merge into and spurn one another. Series of temporal sequences within which fixed planes of time punctuate space in motion. The gestural energy here is divided into a multitude of retroactive instants that dissect space by clearly defined time. Lines and runs, traces and scratches, then become so many possible dimensions in which reminiscences and contradictions, certainties and hesitations, are found. The pictorial field that is transformed into a series of sporadic convulsions, a network of hesitations with irregular rhythms, induces the space thus tempered to rediscover its own chronography. 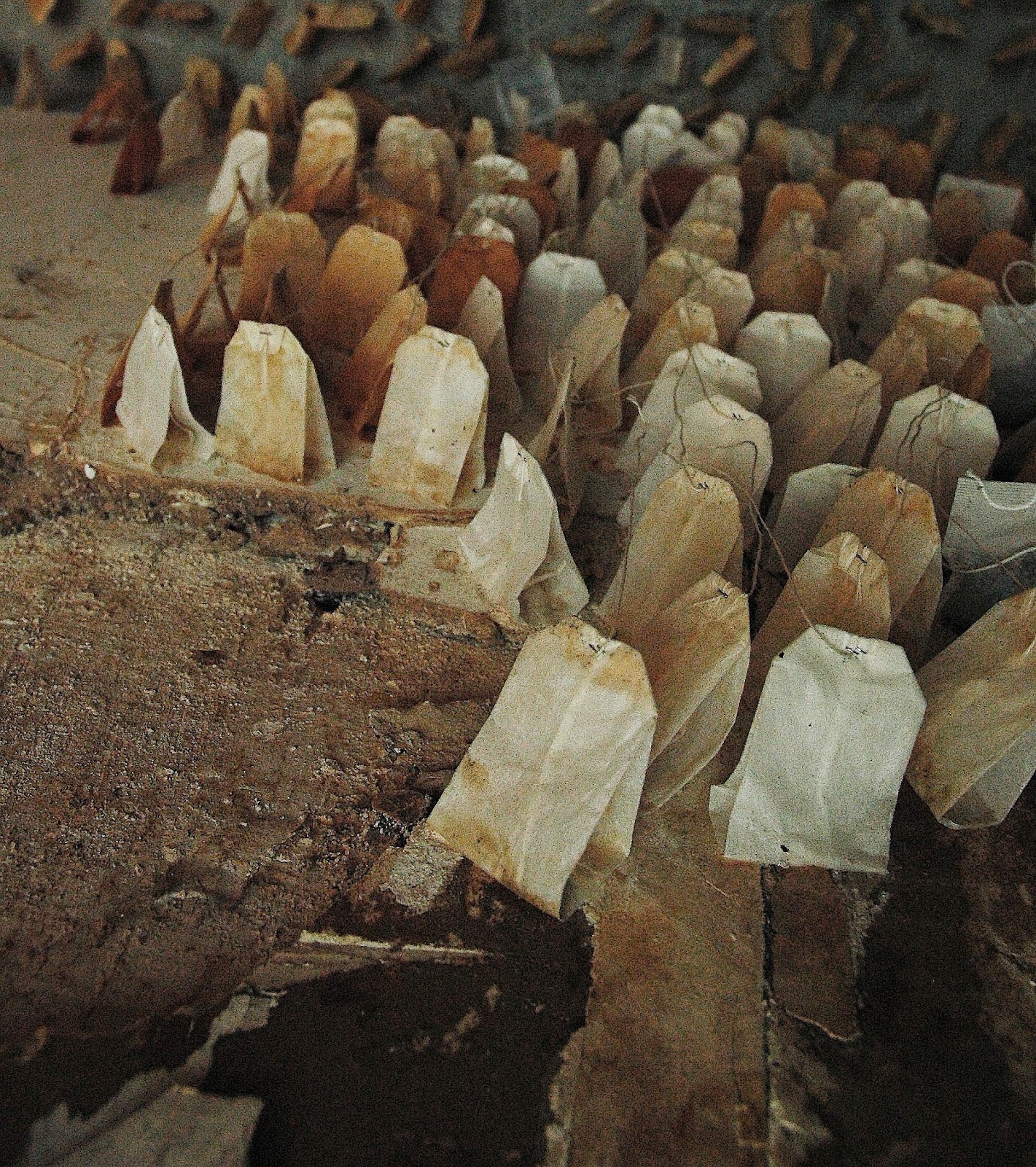 But gradually, even the gesture fades into nothingness… There is no longer a place of being. Transmuted into traces, it becomes a presence, that « something living » that transcends temporal realities. The teabag then intervenes, insignificant and meaning-laden, the resurgence of rusty traces of a damp and dilapidated intimacy. The highlighting of the colorimetric qualities of the used teabag permit it to transgress its own habitual limits. It is no longer just a question of the tea that we drink, that we taste and that we smell, but of intimately organized spaces that balance each other, of colors formed by and for the other senses. Through the contact of each particular breath with the liquid element in which the teabag bathes, this thousand-year-old beverage is transformed into a type of amniotic magma where the bag is reborn, unique and singular… It will henceforth be cared for and dried to access a state of redemption. The bag acquires humanity whose presence prefigures the sensitive and infinite nature of beings and things. Always the same and always different, a trace of experience and a loan of oneself. Together and separately in a monochromatic polyphony, miniscule and infinite come together consecrating the surface of the canvas as a place where what may be sensed and what may be understood by the intellect merge. Using the same laconic and precise movements, inescapably repeated, placed one beside the other, with and despite the others, like our most intimate daily acts, Rotch experiences time, moving forward to the rhythm of its inner temporality, apart from any circumstantial chronology. Reflecting a sensation rather than a consciousness of time, a depth rather than an experience of duration, the question here is not one of mastering the « temporal protocols » but of being impregnated with hosts of instants in mutation, faded traces of a past without memory. The apprehension of absolute time, the perception of the fragility and finitude of the ego faced with the incommensurable space of infinite time, is only possible to the extent that experience and knowledge are in harmony with our intuitive and sensorial faculties. Taking the time to probe the depths that may be sensed of the image as a fragile and tempered space of intimacy, allowing it to cross our senses, allowing us to cross it. Seeking its own imponderables, vacillating in the time and space of each sequence, composing with more or less fleeting traces, moving forward, building in order to be rebuilt.
Gilda  R.Guégamian. September 2006